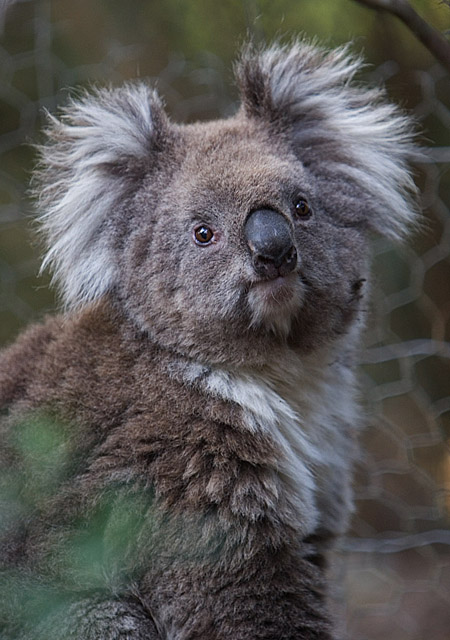 From 2003 to 2010, Kingbilli rehabilitated and released dozens of injured and orphaned native animals who’s lives had come to blows – literally and figuratively – with the accoutrements of man’s modern world. And today, although we have reinvented our operation as a half-way house for soft-release candidates rather than being the frontline emergency hospital we once were, our history manifests itself in the weird and wonderful mannerisms of the wild residents of the property today.

After 30 years of safety from guns, bulldozers, hunting dogs and other fearsome things… and ten years of interbreeding with hand-raised individuals who are somewhat less afraid of humans than perhaps they should be… Kingbilli’s resident wildlife has come to lack the nervous, cryptic nature typical of their respective species when encountered elsewhere. 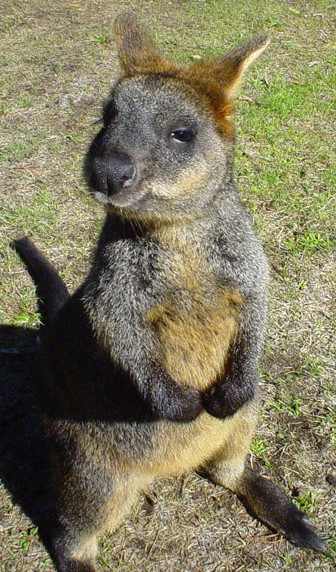 Wombats appear in daylight, sprawled contentedly in the sun; Tree-Dragons bask in the garden; King Parrots appear under your nose when you’re mending a fence; and Koalas throw gumnuts and twigs abusively at you when your presence disturbs them from sleep. Kangaroos loll-about in the llama paddocks, and if you wander a little further, instead of a Wallaby being a darting shadow through the bush, you’ll see him pause, ahead on the trail, and perform a strange head tossing manoeuvre which, in macropod-language, could be more politely put as “who do you think you’re looking at?” 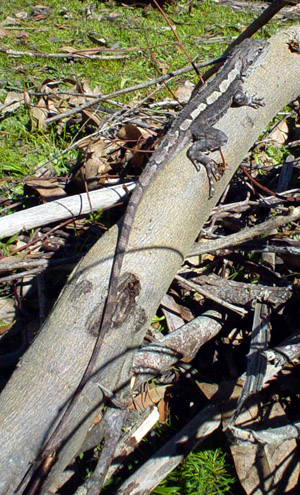 A night-time walk will reveal Gliders in the treetops, Antechinus in the shrubbery and Bandicoots a-snuffling for their beloved buried fungi. Frogs call from every direction, owls whisper past on silent wings, and bats flitter across the open grassland catching insects as you watch.

Possums run down the trees towards you instead of the other way around – and these include the Mountain Bobucks, not just the “common” kinds – and if they dislike the treats you proffer, you will hear no end of verbal abuse.

At last count, Kingbilli is home to well over 100 different species of native animal. We supply our guests with field guides and species lists, so if you’re up for a challenge, get counting!

Much of the time, our conservation efforts specialise in Marsupials and Reptiles, as these are the personal passions of Kingbilli’s resident biologist, Georgina Beach, who has devoted most of her adult life to their study. It may seem like a slightly strange combination… until one considers the lacklustre social and academic status of both of these groups… (which, incidentally, explains her equal passion for dangerous dogs, but that’s another story!). 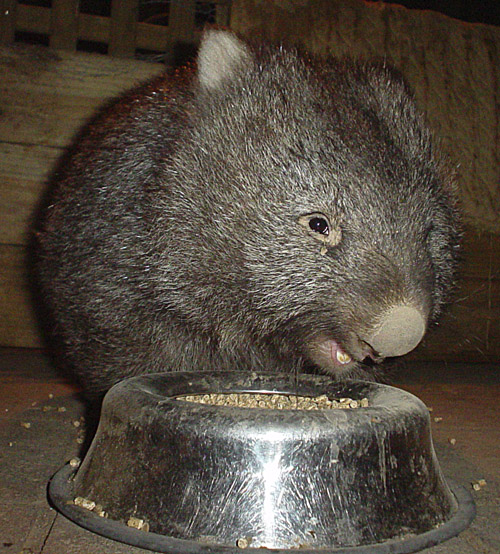 Born and raised in the bush, Georgina loves an underdog – let’s face it, it’s an Australian tradition! Marsupials have been widely regarded by academics as evolutionarily inferior to Placental Mammals, whilst society generally sees them as boring at best, or worse, as pests. And as for Reptiles… well, as the name itself comes from the Latin word for “creepy”, need I go on?

In reality, however, Marsupials and Reptiles are fascinating flagships of our unique Australian environment: in a land where the weather is about as predictable as the Melbourne Cup, and as unforgiving as a dry creek bed, these two categories of critter have flourished and diversified where other animals have failed.

But if you seek a restful holiday without the zoology lesson, never fear – simply sit back and enjoy quiet, furry conversations with whomsoever (whatsoever?) passes you by… just don’t go leaving your supper outdoors unattended, or it may not be there when you return!