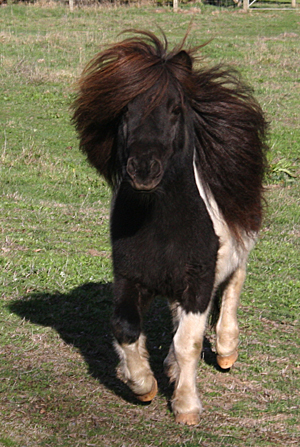 “My little pony, I love my little pony…….” Do they still make My Little Ponies? Well, we do!

In 2013, the last of Georgina’s oldest friends died. Now, one should explain these were four-legged friends, but nevertheless, they were perhaps the best mates she’s ever had. She was, as she puts it “born into a herd” of a dozen horses and ponies, all older than she. Growing up amidst these kindly, giant babysitters taught her everything she knows about equine life (with a few Parelli clinics thrown in)… even if they still treated her like she was knee-high with pigtails well after she passed 20. 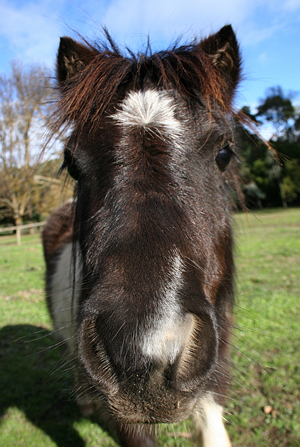 As they aged, Georgina cosseted her old friends, leading many to live on happily into their 30s. But time marches on, and on a drizzly day in May 2013, with Georgina by her side, the last noble head lay down to rest, aged 34. It was the end of an era.

That day, Georgina felt more than the loss of her dear friend, but at a loss – knowing she was now the only member of that original “herd” left behind, with no-one else remaining to share the memories. Despite the presence of her three younger Stock Horses, she pondered this sad milestone for a month. The rest of us read the signs: something was brewing! 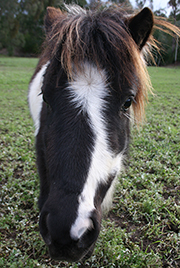 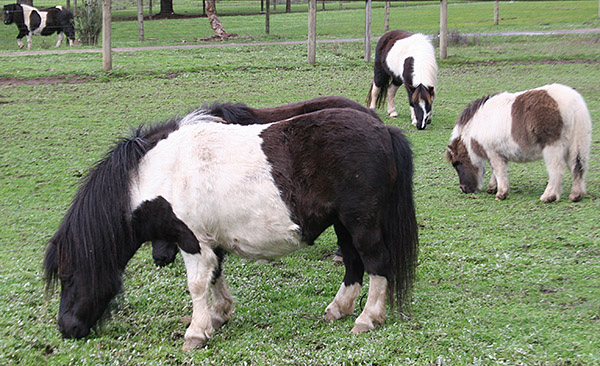 Sure enough, in early June, she announced the imminent arrival of her latest project: piebald Shetland Ponies. Within a week, Major, the handsomest man alive under three feet tall; two year old bossy-boots, Tallula; and 18 month old, incorrigible Primrose were cheerily installed in the paddocks along the river.

In December 2014, Major was permitted to begin demonstrating his …err… enthusiasm for the “my little pony” project… and at Christmas, tubby Tulip was born to proud mumma Tallula. 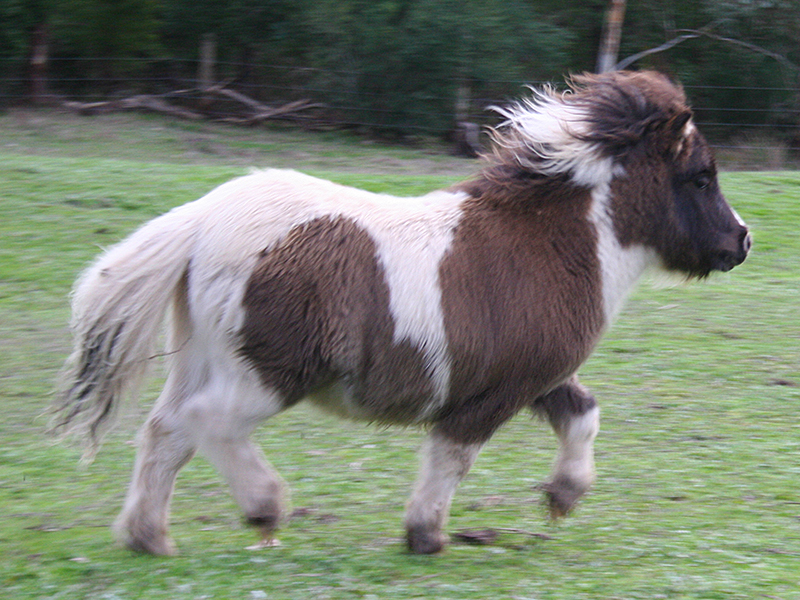 After a few hiccups, January 2017 saw the arrival of Primrose’s spunky little son, Hawkeye; whilst in July 2017, three year old Missy – sweetness personified – was added to our slowly growing herd.

Originating over 2,500 years ago on the Shetland Isles northeast of Scotland, these iconic little equines are one of the oldest and toughest breeds of horse.

Inquisitive, intelligent and, relatively speaking, four times as powerful as a Clydesdale, Shetlands have been the first mount for many a dedicated equestrian.  In 1858, Australia was the first country outside Britain to establish a Shetland stud, and since then, they have become an indelible part of the Aussie horse scene. 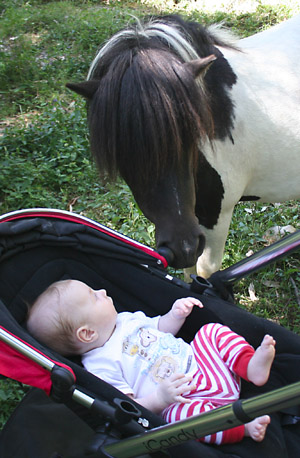 Long-term, our aim is to breed true-to-type, classical Shetlands around 9hh, focusing on conformation, cuddliness and colour … so watch this space!

Meanwhile… you may be wondering how the loss of a 34 year old palomino Stock Horse metamorphosed into the acquisition of four pint-sized pinto ponies? Georgina is always prepared with flawlessly logical reasoning for every new animal addition… but one has to admit, this time, she had her case sewn up! 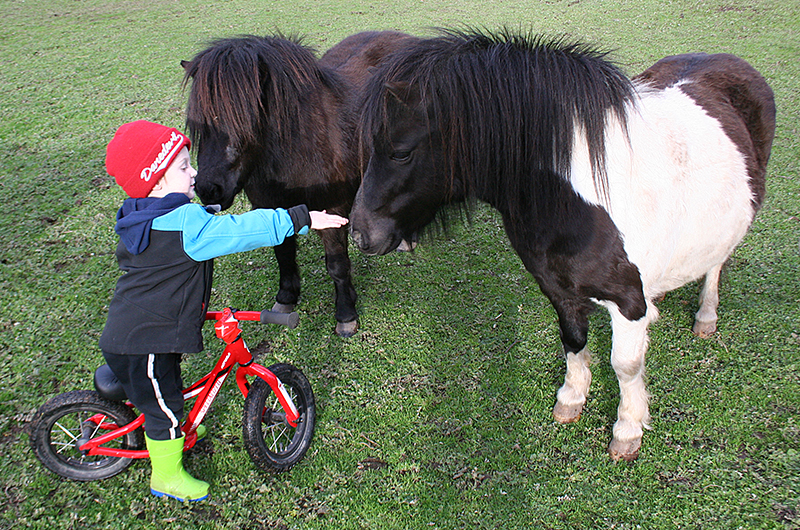 Like countless rural Australian children, Georgina’s first horse was a Shetland.  30 years on, with Kingbilli firmly focused on serving as a holiday destination for busy young families seeking a taste of rural life… she wants those primarily urban-raised children to benefit from the same wise equine companionship she enjoyed, at a size they can approach with confidence.

Her young son Daniel is already showing them exactly how it’s done.  Shetlands seem to have an innate relationship with children – perhaps because they enjoy meeting humans who don’t tower over them! – and Daniel has been their favourite Kingbilli person from day one.  Initially in his pram, and now either on foot, peddling his go-kart or speeding across the paddock on his beloved balance bike, they follow along happily, nibbling companionably on him and his chosen vehicle at intervals.