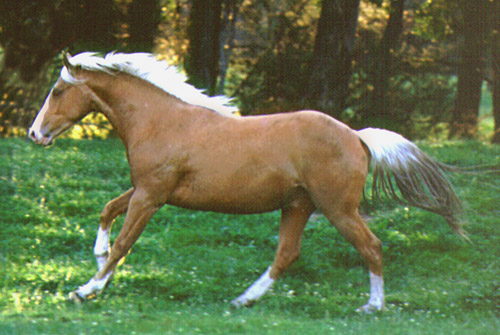 Developed in the early 1800s, the Australian Stock Horse is this country’s own creation.

Possibly the world’s most versatile horse … it evolved in response to the needs of Australia’s explorers, troopers and early settlers for strong, agile horses able to travel long distances day after day. 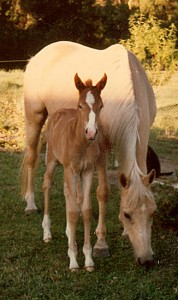 The breed’s basic foundations were in Cape Horses imported from South Africa, themselves a combination of Dutch, Spanish, Barb and Arabian blood. These were bred with strong Thoroughbred “stayers” … frequently Melbourne Cup runners, even winners. A dash of Welsh Cob was added – a horse referred to as the “gentleman’s gentleman”. As time passed, this produced an exceptional riding animal, standing around 15hh, close-coupled with a well laid-back shoulder, deep chest, unbeatable stamina and faultless stock instincts. 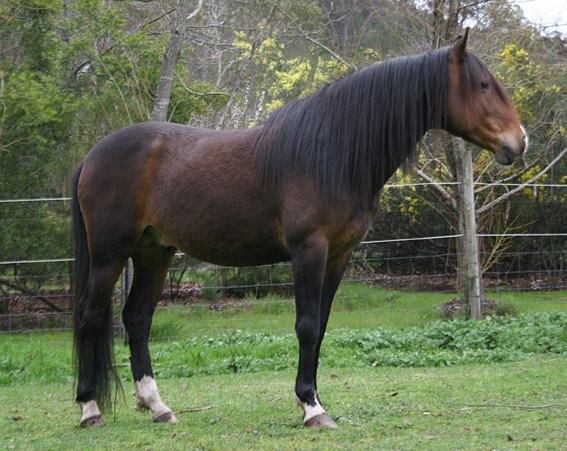 During World War I, more than 120,000 of these tough, game bush-bred horses were sent to join the Allied armies in Europe, the Middle East, Africa and India.

And in modern times, 120 Stock Horses captured the attention of a live audience of 110,000 and 3.8 billion viewers worldwide, with their enthralling performance during the Welcome Segment of Opening Ceremony at the Sydney 2000 Olympic Games. Watching it brought all of us to tears!

Their steady temperaments are renowned throughout the horse world: not much can make a stock horse lose his nerve, and anything taught him stays with him for life. The first Stock Horse set foot on Kingbilli in 1981, and Georgina was riding them by the ripe old age of 3. Many of these pioneers stayed with us into their 30s, with their handsome kids and grandkids roaming the hills beside them. 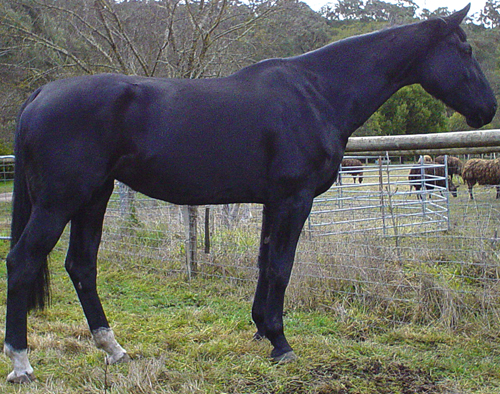 After a quarter of a century working only Stock Horses and their crosses, Georgina wanted to introduce a second large equine breed to Kingbilli… and so came two stunningly well-bred German Warmbloods: Graffiti the Westphalian and Nessie the Hanoverian.  The idea was to breed with these black goliaths, but sadly, despite many different attempts, this never seemed to work out!   The great girls seem far less disappointed by this than Georgina and her frustrated vet, however, and are more than happy enjoying a casual life of hogging all the guests’ cuddles, eating us out of house and home and knocking fences over anytime they sneeze!

So whilst three retired Stock Horses still rule the Kingbilli hill country and the Warmbloods alternate between joining them and mowing the driveway from time-to-time … our horse breeding future is uncertain at present.  Meanwhile, however, the Shetlands are filling in splendidly… so visit them here!